Here's how thoroughly ingrained in my head some pieces of MTV became between the ages of 5 and 20: While watching VH1 Classic's weekend-long MTV celebration, they showed a clip from an MTV Movie Awards. When Scarlett Johansson and Jake Gyllenhaal were announced, I immediately thought, "MAPS! MAPSMAPSMAPSMAPSMAPS." And then there they were, against that beautifully-designed scenery, Karen, Nick, and Brian.

Wait, they don't love you like I love you...

"It’s possible that [Mike is] more knowledgeable about [Splashdown] than anyone, myself included."
-Adam Buhler, guitarist of Splashdown

Mom: I'm boiling water for tea. Do you want anything?
Me: No thanks. I'm fine.
Mom: Not even cocoa?
Me: Oh, well now that I know cocoa exists...

I'm such a bitch.

Today at around noon:
Nurse: You can either take it as a shot or as a rectal suppository.
Me: Um... yeah... I'll take the shot.


My god, if only I could remember what that was about!

Why can I give such great advice to my friends, but I can't give advice to myself, much less take it from myself? 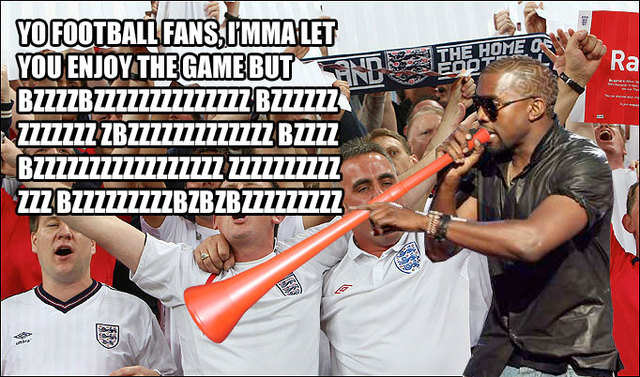 For the record, the vuvuzelas don't bother me whatsoever. I'm sure it'd be a different story were I actually in the stadium with them, of course. But on TV, they're OK in my book.

Man, it was sooooooo nice to do absolutely nothing for a day. Was it as nice as hanging with friends? Of course not. But it was probably more necessary.

Why do I keep getting Facebook friended by people I don't know? And I don't mean complete strangers or spam/sexbots, I mean people I obviously went to school with at some point, and with whom I share mutual FB friends, but who I don't remember whatsoever.
Collapse